I have decided to blog about my military modelling stuff on a dedicated site - Anzac Plastic - another blog type arrangement , of course I will post updates here , but I can go into it all a bit more on the other ok ? cool !
Posted by Steve at 12:46 AM No comments:

Just a small follow up from the last post on the Ourimbah Pop Festival , as with most subjects I post on the Elvina mail group , Bob Pankhurst had something to add.
Bob has been an invaluable source of information for a lot of enquiries from myself since joining , quite simply the bugger seems to know everyone and has done everything !
I intend to post more snippets from him in future posts

I was asked by the organisers of the concert, which was on land which
today is part of the Hidden Valley complex but in 1970 was part of Major
Mc Nicholls dairy, to be part of a security team of horsemen patrolling
the hills above the concert site to stop people gaining access from the
Somersby plateau. I was racing motorcycles then and was racing that
weekend at Taree so I could not do it for them. I wish now I had gone
down there and been a bush ranger at the concert.
The Nutwood Rug Band purchased a property at Ourimbah which belonged to a friend of mine, they bought it around 1965 -68 or so I think the place was called Sunnybank, it is about 400 m north of the University at Ourimbah on the crest of the hill. My friend’s name was Len Barlow and I first got to know him through the Pony Club. Len was an officer in the Pioneers during the war and he was a bomb disposal expert, he had worked all through the London Blitz and then during the Libya and Tobruk areas unscathed and came home in about 1943 after all this to be blown up while delousing a small rifle grenade which blew nearly all the fingers off one hand and blew his face to pieces completely taking out one eye. He was rebuilt by plastic surgeons and nursed back to health by his wife Dorothy. Len was an orchardist and also a brilliant engineer, one of his buildings still exists in Ourimbah in Glen Road, it was originally the picture theatre and is now owned by the University.

It is one of those ex army Quonset hut type buildings and was in use as a hall until a couple of years ago. Whilst working in his orchard he used to get bad rashes on his face due to the citric acid reacting with the explosive residue still in his system. He once had an abscess on his tooth which when x-rayed turned out to be a piece of shrapnel from the grenade. A truly marvellous gentleman.
I well remember the Nutwood Rug Band as until they came we in this district had never seen what is now described as hippies with their long hair and weird clothes, of course they were Americans and must have had plenty of money to buy Len’s orchard in the first place. They used to cause uproar when they walked down Gosford’s main street. Now of course they would not rate a second look
Bob
Posted by Steve at 2:53 AM 2 comments:

A chance find of an old box of photos in a rubbish pile at Wyong has uncovered an important part of Australian music history and local history in general , the chap who found them recognised the slides as being taken at the Pilgrimage for Pop festival at Ourimbah in 1970.
This was Australia's first outdoor rock festival , Sunbury was not the first as often quoted , it took place on private property at Ourimbah on 24th and 25th January 1970.
The concert was organised by the Nutwood Rug Band and local promoters , the Nutwood Rug Band was a bunch of American acid rockers who left the USA in 1967 to dodge the Vietnam war draft.
This was to be Australia's answer to Woodstock and the organisers even sent off an invite to John Lennon and Yoko Ono , evidently they got the invite some time after the gig and never made it.
The bill featured a line up of Australian artists including:

The first day attracted over 6000 concertgoers and this number swelled to around 10,000 by the Sunday , there were around 30 arrests for minor offences but all in all the media and Police commented on how well behaved the crowd had been

View all photos here at Facebook
Posted by Steve at 5:03 PM 13 comments: 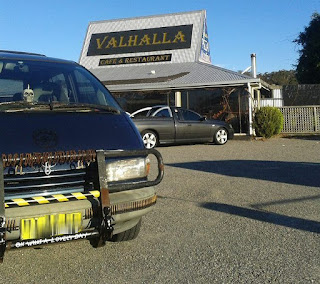 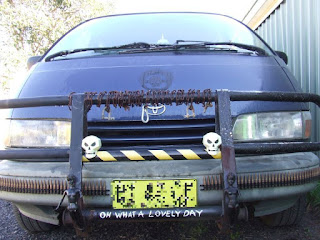